Initial reaction to the Women’s Health Initiative has had lasting impact. As you might imagine, there is another view from where I sit.

Once again, there is too much illogic in the headlines and not enough light.

I am referring, of course, to the recent “conclusion” that there was a small, but “worrisome” number of women having an increase in side effects from “hormone therapy.” These were (minor) cardiovascular and breast cancer increases.  [the original site was much easier to read]

Let us examine the real facts.  The erroneous conclusions and policy decisions and advice have caused undue discomfort and hardships in millions of women since the original publication date.

First, in the entire universe of standard hormone therapy, this study used Premarin and Provera.  Premarin, conjugated equilinin estrogens, or as you might remember is a contraction of Pregnant Mares Urine.

In fact, there has been a profusion of better plant-based estrogens on the market for years.  Climara, Estrace, Ogen, Vivelle, [and Minvelle] to name just a few estradiol patches.  These are all estrogens (yes, that’s plural because estrogen is a class of Estrone, Estradiol and Estriol).  We use BiEst which is a compounded form of Estradiol and Estriol.  Bio-identical, natural hormones.   [We now use Minvelle or Vivelle dots.] Still bio-identical.

Second, Provera, synthetic medroxy progesterone acetate, which was chosen in the study, has nasty side effects.  These are well known.

Now here is the illogic.  When one drug (and the worst example) becomes a problem you don’t go condemning the entire class of drugs.  When the drug Rezulin was found to have some problems in reducing insulin resistance, they did not condemn the entire class of insulin resistance drugs.  In fact, the next month they easily introduced 2 newer agents to take their place. Avandia and Actose.

So, it creates mass confusion for millions of women and a lot of very pompous “I told you so’s.”  “Do I stop taking these now?”  I will bet that every Gynecologist office across America received at least 20 calls per day asking for advice, clarification or solace. “Now what do I do?”

Those that are taking bio-identical hormones (Natural hormones) such as BiEst, Minivelle, Vivelle and Natural Progesterone — don’t worry….

Remember your body has been producing these in prodigious amounts since you were 13 years old.  They start running out between age 45 and 50. What your body is not running out of is Premarin (horse estrogen) and Progestins (Provera).

Finally, if this is really as “dangerous” as advised, then shouldn’t we be hearing something about stopping ALL birth control pills?  They are, of course, estrogen and a progestin.  Almost the same drugs.  The side effects that are associated with these drugs are the same.

To sum up: Premarin is a xeno-estrogen.  Estrogen is not equal to Premarin.   Provera is not Progesterone.  It is a progestin.

So the study did not prove that Bio-identical, Natural Estrogens and Progesterone would have the desired protective effect on cardiovascular disease.

To the writer’s credit, and well hidden from any media coverage, these hormonal and methodological differences were briefly noted.

And, we are finally beginning to see even the original investigators imploring women and physicians to see the results in proper
perspective.

Around a third of these stopped taking the drug because of the WHI results, Prof Johnson told the American Association for the Advancement of Science’s annual meeting in Seattle.

However, HRT “continues to be an excellent choice for the treatment of menopause-related symptoms”, she said.

So here are all the positive reasons to be considering bio-identical hormone replacement (BHRT) with estradiol and estriol.  We still consider this to be a high benefit to risk ratio. With hundreds of functions and benefits, the answer is simple — immensely improved quality of life, joy and happiness.

And a to keep this topical, this study has been used to “spin off” a number of papers that followed.

The director of the New South Wales Breast Cancer Institute has played down the risks associated with women taking the birth control pill or undergoing Hormone Replacement Therapy (HRT).

But Professor Boyages says research indicates that HRT might increase the chances of developing breast cancer by less than 1 per cent over a five-year period.

He says it is important for women to understand both the risks and the benefits associated with HRT.

“I think these risks are acceptable risks that in our western way of life are worth taking, particularly around oral contraceptives,” he said.

A new look at risk analysis

I highly recommend you purchase and read the recently published book, Calculated Risks by Gerd Gigerenzer.

Want an even more compelling brief?  This is from The July 2002 Scientific American quoting a JAMA brief on statistical reporting.

MEDICAL REPORTING
Only the Best Advertising campaigns routinely hype the most flattering claims to sell their products. Evidently so do papers in medical journals.  Researchers at the University of California at Davis School of Medicine found too much emphasis given to favorable statistics in five of the top medical journals: the New England Journal of Medicine, the Journal of the American Medical Association, the Lancet, the Annals of Internal Medicine and the BMJ.

The study, which looked at 359 papers on randomized trials, found that most researchers furnish a statistic only for “relative risk reduction“–the percentage difference between the effect of the treatment and a placebo. Just 18 included the more straightforward absolute risk reduction. If a treatment reduced the absolute risk from, say, 4 to 1 percent, it appears more impressive to present only the relative reduction of 75 percent.

Researchers also failed to show other statistics that provide a more nuanced picture of the results of clinical trials. The article is in the June 5 Journal of the American Medical Association. [full pdf only available to subscribers] —Benjamin Stix  [emphasis added for clarity – ed.]

These are the real numbers from this study.  You tell me which sells headlines and which is used to describe the actual change.

On first analysis, by looking at the aggregate total numbers, you see that there was a  decrease in endometrial cancer, colorectal cancer, hip fractures, vertebral fractures and osteoporosis. Did they look for changes in quality of life?

In an even more detailed analysis, looking more closely at the numbers year by year and calculating the absolute percentage changes we see results completely different than concluded in the study.  In fact, the absolute incidence of all disease conditions above, in the hormone  treated group (except invasive breast cancer), actually declined against the baseline “placebo” group.  Quite eye opening.

I truly hope this helps you to begin looking at these public pronouncements and studies and misrepresentations of statistical analyses in a more meaningful fashion.

Feel free to write me with any comments. 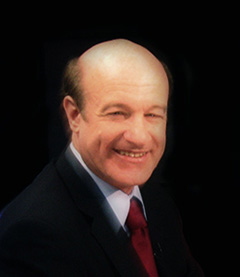